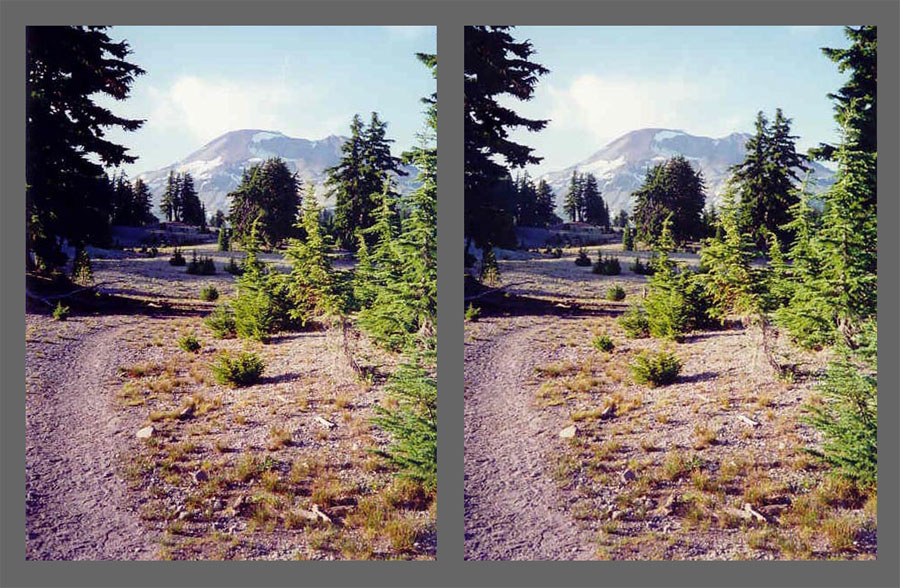 The camera used was an Olympus Stylus point and shoot and the film was Kodak color print film ASA 100. The stereo base is about six inches (slightly hyper). The 3.5 x 5" prints were scanned on a HP Scanjet 4470c scanner.

A small point and shoot camera is ideal for this kind of shooting because one can shoot both images of the stereo pair within about three seconds of each other and all the while not lose sight of the subject, thus minimizing alignment errors. Once you become accustomed to the cha-cha method, shooting stereos with a single camera becomes second nature. 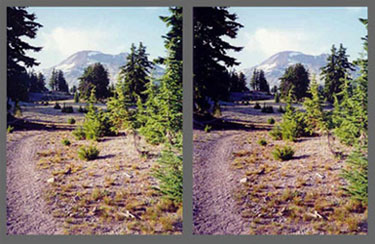