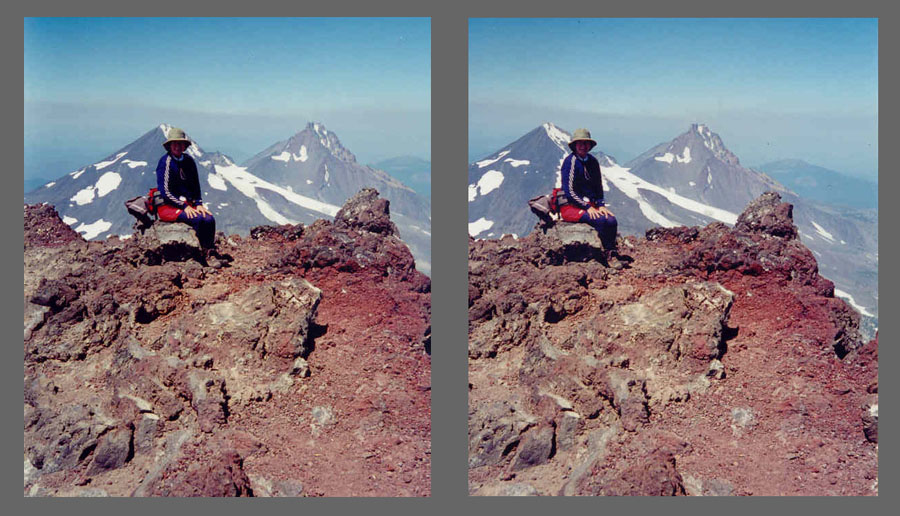 This is a cha-cha shot of my wife Ann on top of South Sister near the highest part of the mountain (10,350'). The peaks just behind her are Middle Sister (10,047') and North Sister (10,085'). As you can see all three peaks of the Three Sisters are quite close together. The low peak beyond North Sister is Black Crater (approx.7000') There was a lot af haze from forest fires that obscured the view of Mt. Jefferson (10,496'), a mere 38 miles straight north.

The day before it was much clearer and while it was exhilerating to have made it to the top I was just a little disappointed at not having a clearer view of the Cascades. After all, one of the major reasons for climbing mountains is to enjoy the view. 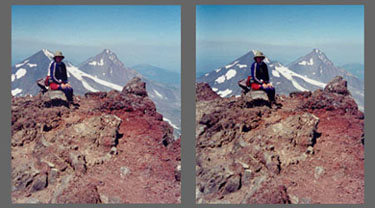