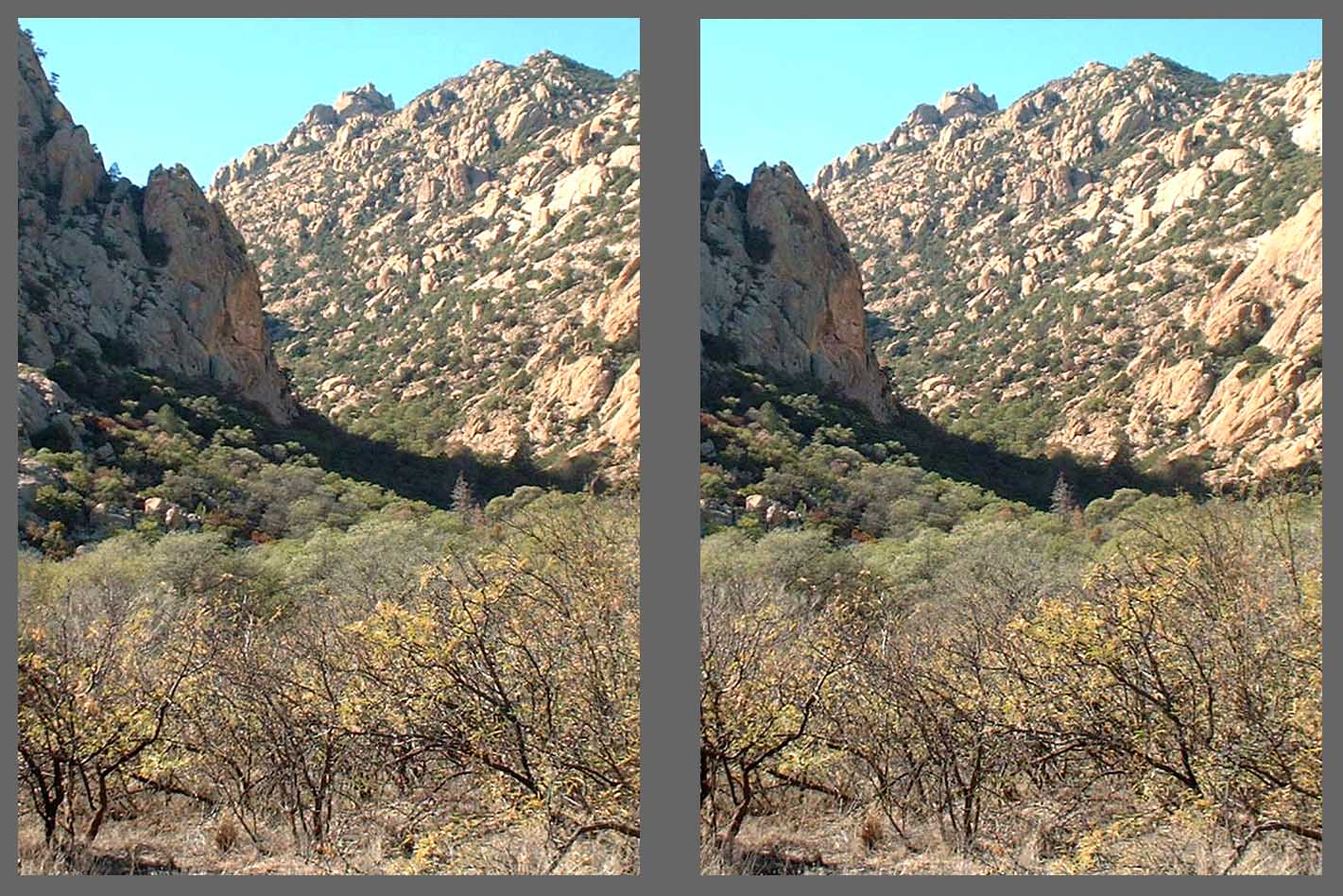 Cochise Stronghold is located in the Dragoon Mountains in southeast Arizona. It is quite impressive from both a distance and close up. It can be approached by car but as far as I know there is no road up into the canyon that you can see in this view. It is said that Cochise and his band of followers lived here for about ten years from about 1863 to 1873, evading the U.S.Army and staging raids against white settlers in the area. Upon his death in 1874 his body was buried in or near the Stronghold but the location was never revealed. Fuji FinePix 2400 camera with about 18" stereo base for a slightly hyper view. 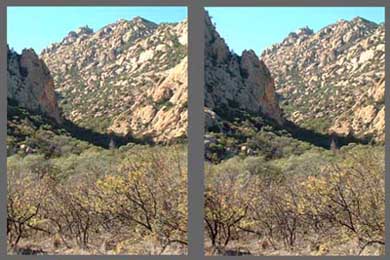