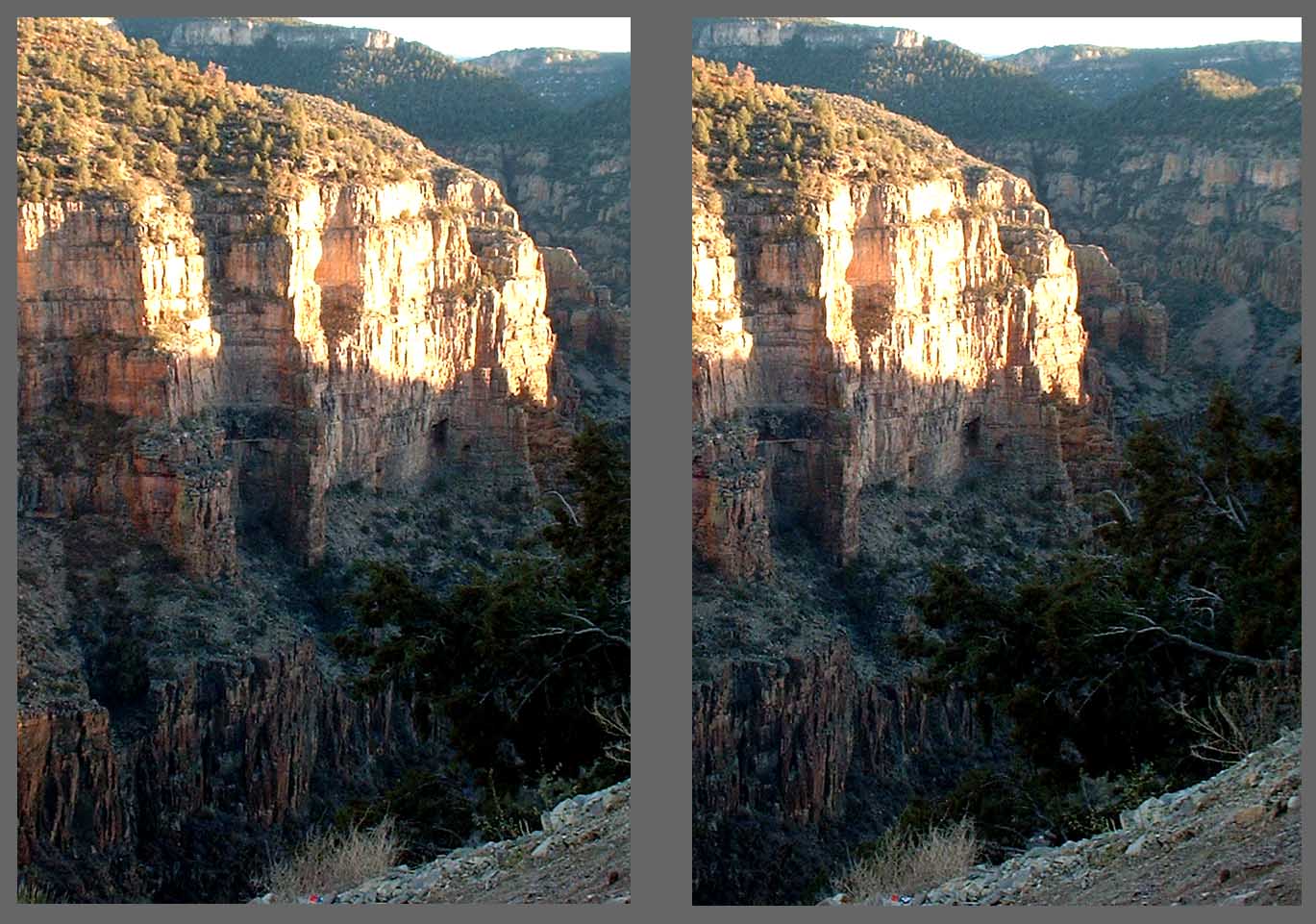 The Salt River cuts through the Nantes Plateau to form the Salt River Canyon. Though not an extensive canyon it is none-the-less quite spectacular. This photo was taken from a small pull out in the road, hiway 60, that traverses the Fort Apache Indian Reservation southwest of Show Low, Arizona. The long descent into and the equally long ascent out of the canyon is along a very sinuous two lane road with no passing lanes for what seems like miles on end, especially if you are following a slow truck and trailer. Seeing the canyon is worth the drive and if you are headed for Show Low, there is an excellent Mexican restaurant there.

It was late afternoon when we drove into the canyon and the shadows on the canyon walls were travelling fast, making picture-taking a kind of one shot deal. In fact, our timing was almost perfect for getting a dramatic photograph. Soon after I took this image it was too dark to take a decent picture. Camera was Fuji FinePix 2400 digital.

This image presents some viewing difficulties. The foreground was too close to the camera in this slightly hyper view. In order to keep the extreme foreground in the view behind the "window", I compromised the far distance to the right of the cliff face. I could have cropped out the extreme foreground and placed the sunlit cliff faces in relatively similar positions in each frame. This would have benefitted viewing the far background but then the sense of the canyon's depth would have been lost. This view is an example of trying to have it all in the same view, extremely close foreground, normal midground, and distant background. This caused a muddling of the window edges in the upper parts of the view. 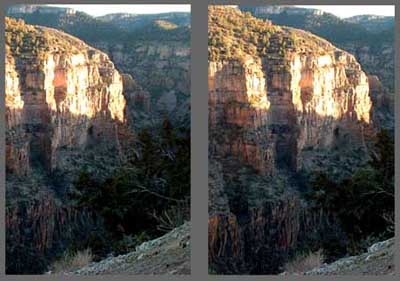