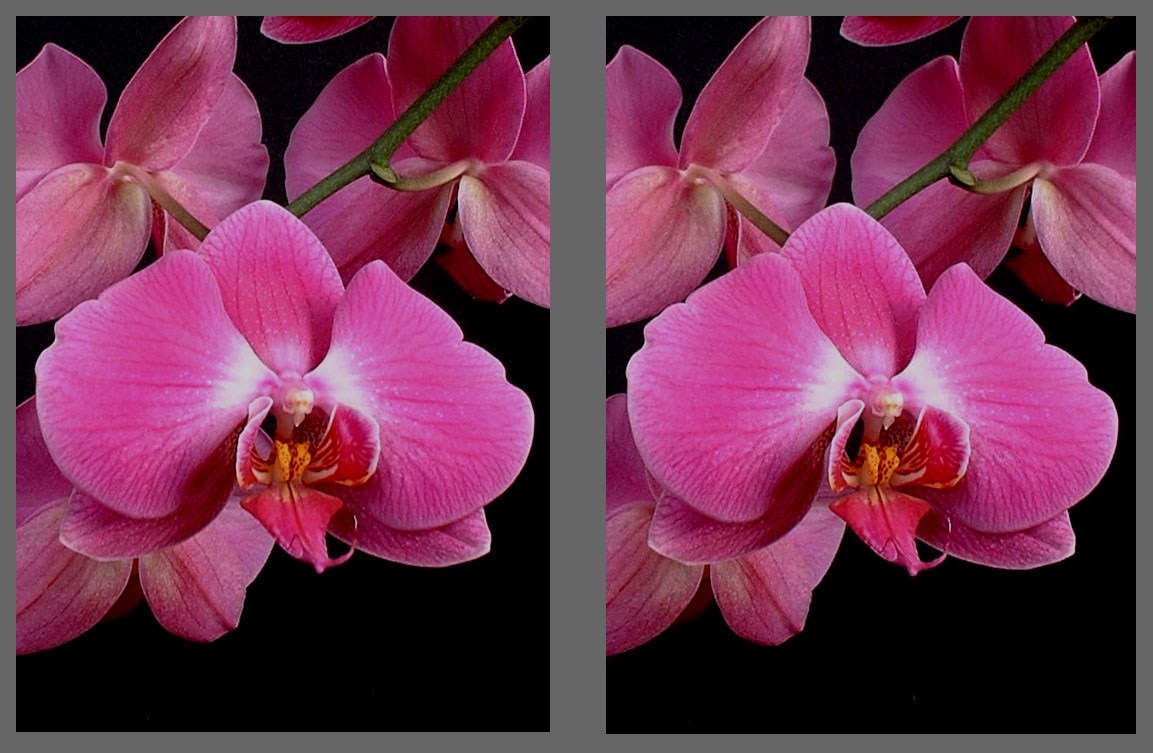 This is a digital image of my Doritaenopsis orchid. It is a hybrid between Doritis and Phalaenopsis but shows mostly as a Phalaenopsis. I have read that the magenta color derives from the Doritis genes.

I bought this orchid in bloom in the spring of 2000 from Nissila's Nursery, a local nursery that usually has some very interesting plants not found in any of the other nurseries in the area. I was captivated by the color and when the blooms fell I anticipated the next season when I expected to see it bloom again. Nothing happened. The plant continued to grow and looked happy but it did not produce a single flower. The same thing happened the following year with no flowers. By then I had forgotten what the flower looked like and enjoyed the plant for it's large foliage. Then, in December 2002 I saw a flower spike emerge. My first feelings were of depression since I was about to leave on a month long vacation and thought that it would bloom and be done before I got back. On my arrival back home the flower spike had grown to about a foot long and was just beginning to form buds. I was delighted. This photo was taken at the end of March 2003. If I have to wait another three years to see it bloom again, so be it. The show is worth the wait.

Taken with my Fuji FinePix 2400 in macro mode and attached to my parallelogram swing bar using available light. The image on my monitor is definitely a deep pink which this orchid in not! The color of the 3-5/8" wide flower is an intense magenta. 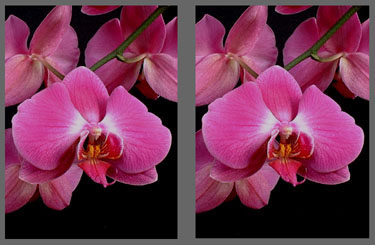