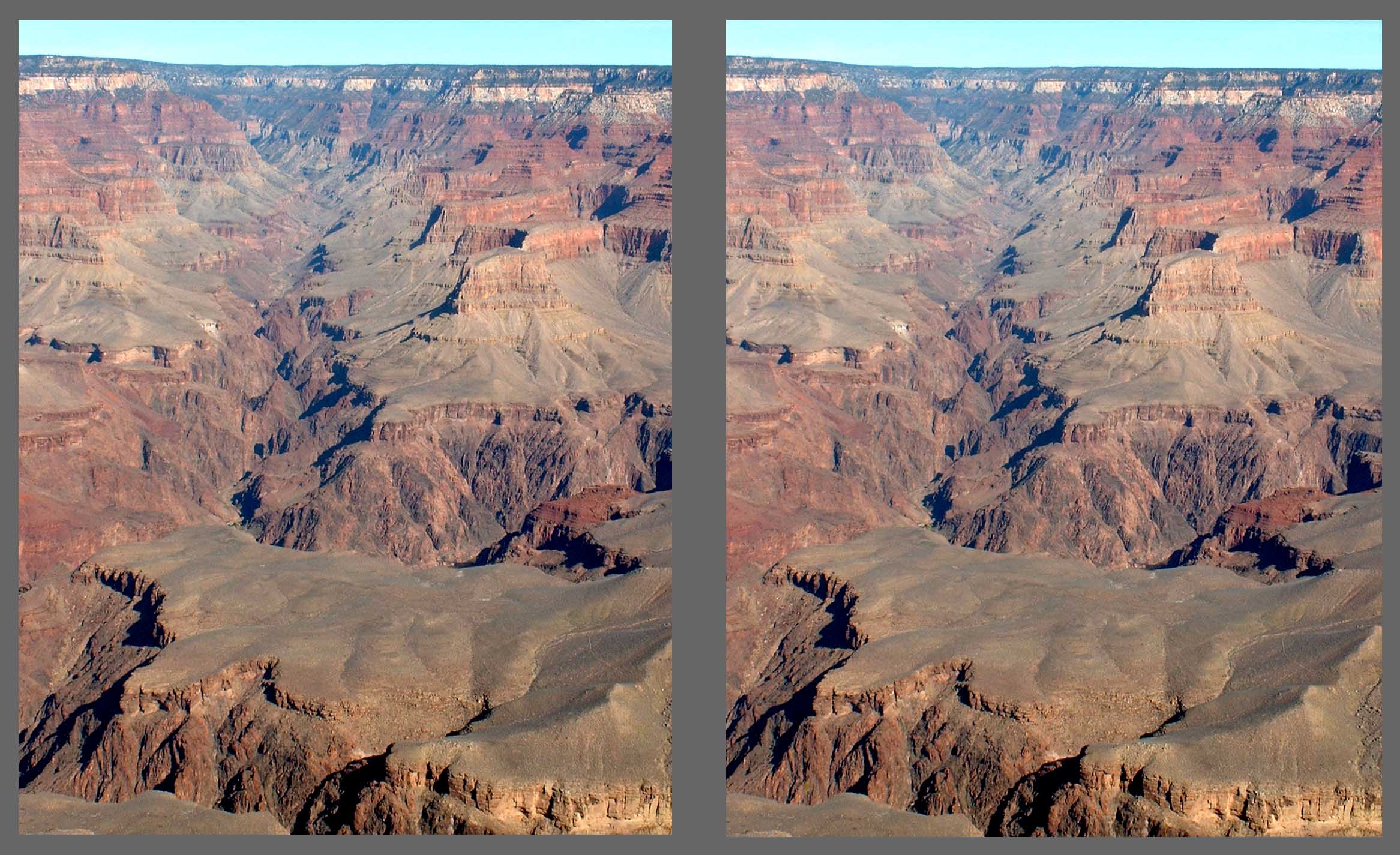 This image was taken with a single digital camera, a Fuji Finepix 2400, and was made as hyper as the viewing platform at the observation point allowed, which wasn't much. As I recall the stereo base on this shot was about eight feet. I attempted to get as much of the canyon below the viewing area as possible into the image while still having the horizon in view. I believe this view was taken along the rim trail near the Yavapai Observation Station. This trail is paved and affords numerous opportunities for excellent views. As you progress through the pictures you will be viewing the canyon in steps from west to east. It will be evident that the first views were taken in late morning light and the last view was shot in late afternoon light.

The photograph was manipulated some to enhance the contrast and to eliminate, by cropping, any distracting elements. I would have liked to have gotten a more hyper stereo effect but wasn't able to because of the rather small size of the observation area. It didn't occur to me to try to calculate the 1-30 rule and I'm not sure it would have been much use except to inform me that my stereo base was too small. 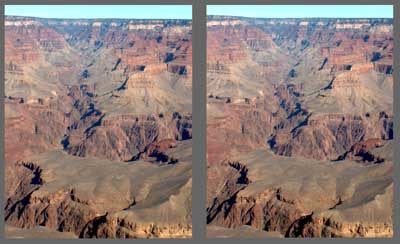